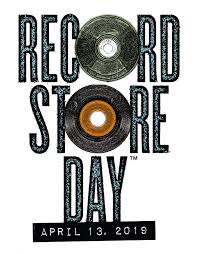 People drove thousands of miles, spent the night outside record stores, traded stories of listening to their favorite bands on their favorite medium, and, for one universal day, they lived and breathed everything vinyl on Record Day 2019. According to
Nielsen Music, “Record Store Day drove record-breaking music sales figures yet again. The 12th annual indie music retailer celebration, staged on April 13, helped yield 827,000 vinyl albums sold in the U.S. in the week ending April 18, 2019  — a record for Record Store Day week, and thethird-largest sales week for vinyl albums since Nielsen Music started tracking sales in 1991.”  For some, this was the biggest day of the year to score their favorite albums, listen to live recording sessions, and watch vinyl records being pressed before their eyes.  The previous largest vinyl album sales haul for a Record Store Day week was 2018 with 733,000 sold in the week ending April 26. The only two larger weeks for vinyl album sales overall were logged during the Christmas season of 2018 (905,000; week ending Dec. 27 and 880,000; Dec. 20).